The house of the famous singer, actor and comedian Bing Crosby is now on the market. Crosby’s house in Thunderbird Heights in Rancho Mirage, California is now for sale priced at $5 million.

This 1957 ranch-style home is said to have a special guest wing that former president John F. Kennedy usually stays in. Aside from this, the 6,700-square-foot home has several other bedrooms with a view of the mountains and city lights. The home also boasts of custom Moroccan wood-entry doors, a media room and chef’s kitchen with granite and stainless steel. All-glass walls surrounding the outdoor entertainment area fold to open the interiors to the pool, patios, BBQ and firepits.

There’s no denying that one of America’s beloved presidents, John F. Kennedy, had a way with the ladies. Fortunately for him, in those days the American people and media turned a blind eye to our leaders’ wandering eyes. Kennedy’s most famous tryst was with Marilyn Monroe and, according to legend, they often met in the homes of Kennedy’s Hollywood friends. One of the most glamorous locations was crooner Bing Crosby’s house in Thunderbird Heights in Rancho Mirage, California where the attached guest suite was forever afterward referred to as the JFK wing. Brimming over with American cultural and showbiz history, the former residence of Bing Crosby and his famous house guests is for sale, priced at $5 million.

Bing’s mid-century-modern home will give someone the bragging rights to own a special part of Hollywood history and the JFK wing. A perfect home for outdoor and indoor living and entertaining, the 1957 ranch-style home rests on 1.36 acres with 6,700 square feet, five bedrooms and grand views of mountains and city lights. The wing, President Kennedy’s favorite part of the home, includes two bedrooms, two baths, a living room, a fireplace, and a kitchen.

One of the world’s biggest stars from the 1940s to ‘70s, multi-talented Crosby was best known in music for his song White Christmas and in movies for his Academy Award performance in Going My Way. He died in 1977 on a golf course in Spain from a heart attack. 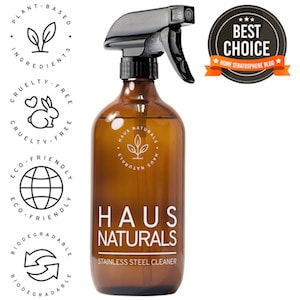 Now representing the Golden Era of Hollywood with a glimpse into the private life of a much-loved former president, the home where Bing Crosby entertained his celebrity friends is for sale, priced at $5 million. The listing agents are Linda Taglianetti, Fredrik Eklund, John Gomes and Gail Vasquez of Douglas Elliman Real Estate, Newport Beach, California.

SAVE & ACCEPT
Please disable your adblock for read our content.
Refresh